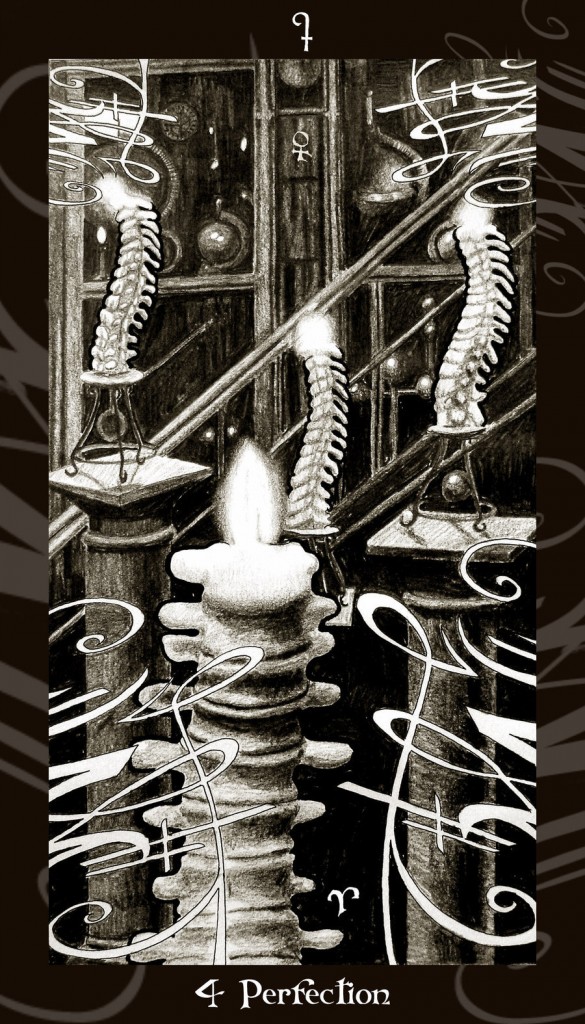 The 4s of all the suits carry a measure of crystallization, of hardening and consolidation of the creative flux of the previous cards. The planetary ruler of the 4s is Jupiter, the old Roman ruler of the gods, but power is only one aspect of this dominance, the term “jovial” also derives from it, and so the cards tend to show also a certain mental relaxation and ease of mind that comes with stability and quiet. The number 4 gives you the four points of a square, one of the most stable geometric shapes of all.

The Wands work well with the aspect of 4 giving a measure of completion of impulse that now strives for perfection. The association is order, concentration, moving beyond mere opposites, control and power. We achieve mental balance and find our own center. We achieve the crowning completion of a long and laborious task.

The image for this card shows four of the weird candles in Lupin’s office as Harry tries to perfect his patronus spell in Prisoner of Azkaban. He passes his fingers through one of the flames just at the moment he decides to use the memory of his parents as the foundation of his spell and he achieves success. He touches his core, he achieves concentration and stability and with that access to his innermost being he is successful at repelling the dementor. 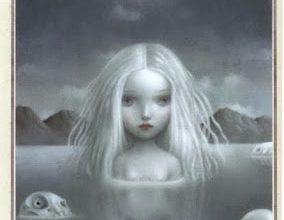 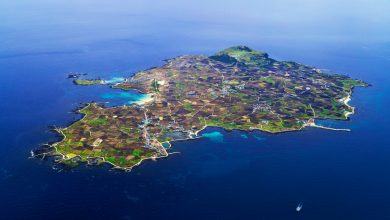